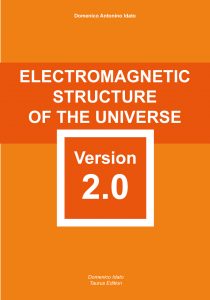 After the volumes Quantum Mechanics (version 2.0) and Relativity (version 2.0), this is my third and last volume that puts an end to my scientific theory. A work: all new, all pristine, and all functional.A work whose wonderful ambivalent properties are put in evidence by the two universal manifolds: linear and nonlinear, and by the two worlds: spatial and temporal.After many years, I have finally decided to publish what in this volume I called: 4.2 dark energy now revealed and 4.3 dark matter now revealed. The reader will have the pleasure to see how and why it is generated the negative energy needed.With the physical process of creation which in this forum I have also called quantum of all energy levels, we have seen that the coupling of time and space lasts one tic of the clock. Within one second the energy taken at the source (Planck’s distance) it is spent to lengthen the wavelengths to create all lengths of time and to thin out the vibratory filaments to create all types of space. At the end of the operation, the real adynamic magnetic undulated line long 299 million 752 thousands 458 metres stays in the spatial world to aggrandize the immense size of the universe, while the virtual adynamic magnetic undulated line of 299 million 752 thousands 458 vibratory filaments or cycles goes to the temporal world to lengthen its venerable age. In other words, the length of space just created belongs to the space-world (the world of the wave), while the length of time just created belongs to the time-world (the world of the particle). Two different worlds, very much so. In one there is the privilege of never getting old, but condemned to move at the speed of 300 million metres per second forever; in the other there is the privilege of standing almost still with a little leeway, but condemned to getting older.An electromagnetic structure the creator of which, if there was one, can never be emulated.Nevertheless, to take one such structure to its magnificence, to its grandeur, and to the perfection we see today, the creator or nature if you prefer, it had three things at the ready without which it could not have achieved its colossal work: (i) the tininess of space at the source, (ii) the dizzying speed which is truly mind-boggling, and (iii) …I wish you all a good reading. You will read the last chapter in one single breath with pleasing wondermen.

This website uses cookies to improve your experience while you navigate through the website. Out of these, the cookies that are categorized as necessary are stored on your browser as they are essential for the working of basic functionalities of the website. We also use third-party cookies that help us analyze and understand how you use this website. These cookies will be stored in your browser only with your consent. You also have the option to opt-out of these cookies. But opting out of some of these cookies may affect your browsing experience.
Necessary Sempre abilitato
Necessary cookies are absolutely essential for the website to function properly. These cookies ensure basic functionalities and security features of the website, anonymously.
Functional
Functional cookies help to perform certain functionalities like sharing the content of the website on social media platforms, collect feedbacks, and other third-party features.
Performance
Performance cookies are used to understand and analyze the key performance indexes of the website which helps in delivering a better user experience for the visitors.
Analytics
Analytical cookies are used to understand how visitors interact with the website. These cookies help provide information on metrics the number of visitors, bounce rate, traffic source, etc.
Advertisement
Advertisement cookies are used to provide visitors with relevant ads and marketing campaigns. These cookies track visitors across websites and collect information to provide customized ads.
Others
Other uncategorized cookies are those that are being analyzed and have not been classified into a category as yet.
ACCETTA E SALVA